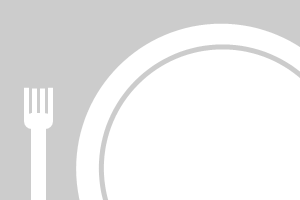 2. Poke small holes in each potato using a fork.

3. When the oven is hot, put the potatoes directly on the middle rack of the oven. Bake until the potatoes are tender, about 40 minutes.

4. Using potholders, take the potatoes out of the oven and set them aside until they are cool enough to hold, at least 20 minutes.

5. Cut each potato in half with a knife.

6. With the spoon, carefully scoop out the white (inner) part of the potatoes, but try not to break the skin. Put the white part in the bowl. Set the potato skins aside for later.

7. Add the ricotta, milk, cheddar cheese and salt to the potato mixture in the bowl and mash together.

8. Divide the mixture into 4 piles, and scoop each pile into one of the potato halves.

9. Put the stuffed potatoes on the baking pan. Put the baking pan in the oven and bake until the potatoes are warmed throughout and the tops are golden, about 20 minutes.