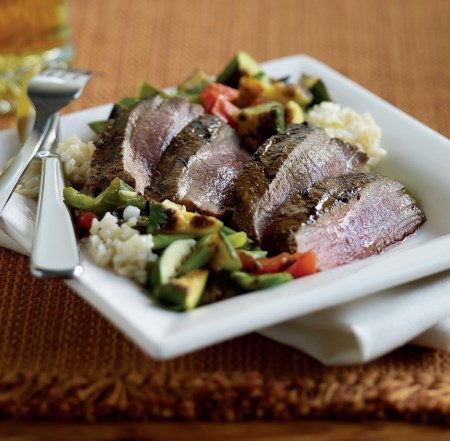 3. Remove loin from marinade (discard marinade). Pat spice mixture over all sides of loin. Grill over medium-high heat for about 6 minutes per side, or to desired doneness. Allow to rest for 5-10 minutes.

4. In medium bowl, toss onions, tomatoes, zucchini and jalapeños in oil; season with salt and pepper, to taste. Grill vegetables, turning often, until well-charred and soft. Remove to cutting board; roughly chop. Toss vegetables with cilantro and lime juice.