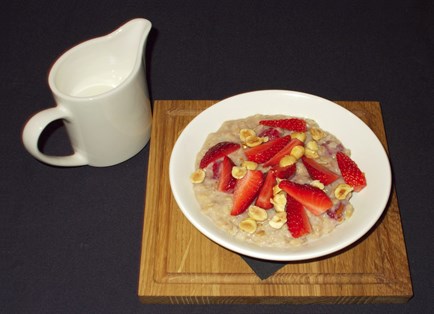 For each serving: Stir in pomegranate juice. Fold in berries, being careful not to break up. Spoon into bowl. Top with almonds.